Post all of your nonessential bullshit here instead of clogging good threads with shitty opinions.

lurchingbeast said:
Post all of your nonessential bullshit here instead of clogging good threads with shitty opinions.

Like, always or just last 10 years Tweedy? Those Tupelo records and the first few Wilco ones are really good and he seemed decent.

Once YHF hit, however...

This is gonna go well

I like a lot of music that is considered popular. Not pop music but popular people and bands.

I have attended a ton of Widespread Panic shows. A ton of them.

I’m not proud of that, accept the durgz wuz fun.

And people can hate on the Eagles all day, but "Hotel California " has the perfect air guitar solo.

Location
near a big river

steimie said:
And people can hate on the Eagles all day, but "Hotel California " has the perfect air guitar solo.
Click to expand...

And yet my life would not be diminished without it.

Also, I've wanted a general music thread for so long. I guess I could've started one.

I enjoy 7 Bridges Road by the Eagles.

I can see how some people wouldn't like them but I saw them '95ish in a 500~ person venue and it was one of the greatest shows I've ever been to. Top 5 for sure.

A long time ago I strayed away from physical media lured by the convenience of digital. I've been listening to music on my computer or through the Amazon Echo for so long. I realized that I was missing something from music that I loved, the experience of record stores and listening to albums all the way through. I wasn't as connected. davey101 generously gave me his old record player and for an additional $70 I put together a system that sounds better than any I've used in a long time. I'm slowly rebuilding my record collection and I've loved the experience of being back in stores and flipping through the racks. I love happening upon an album I want.

I've also realized that many albums I'd like to have aren't on vinyl or are more expensive than I'd care to pay. When I stopped listening to CDs I didn't get rid of them, I just packed them away. I thought maybe I'd get a cd player and hook that up, too. To my surprise component CD players are still expensive. The cheapest I could find was $150. I just assumed they would've gotten really cheap over the years. The cheapest way to go was actually a DVD player which also happens to play CDs. That's when I realized I have a Blu ray player and it would do the same thing. I hooked that into the stereo and it sounds great.

My little mini amp only has one input. I could just swap the cables between CDs and records, but that's a pain in the ass. Figured I'd see if I could find a mini amp that had two RCA inputs. That would cost me about $75 when I only payed $70 for the tube amp, amp and speakers that I'm using. I guess that second input adds a lot. I just bought an RCA switch for $5.

In all, a pointless ramble.

Here's my CD collection I pulled out of the attic. 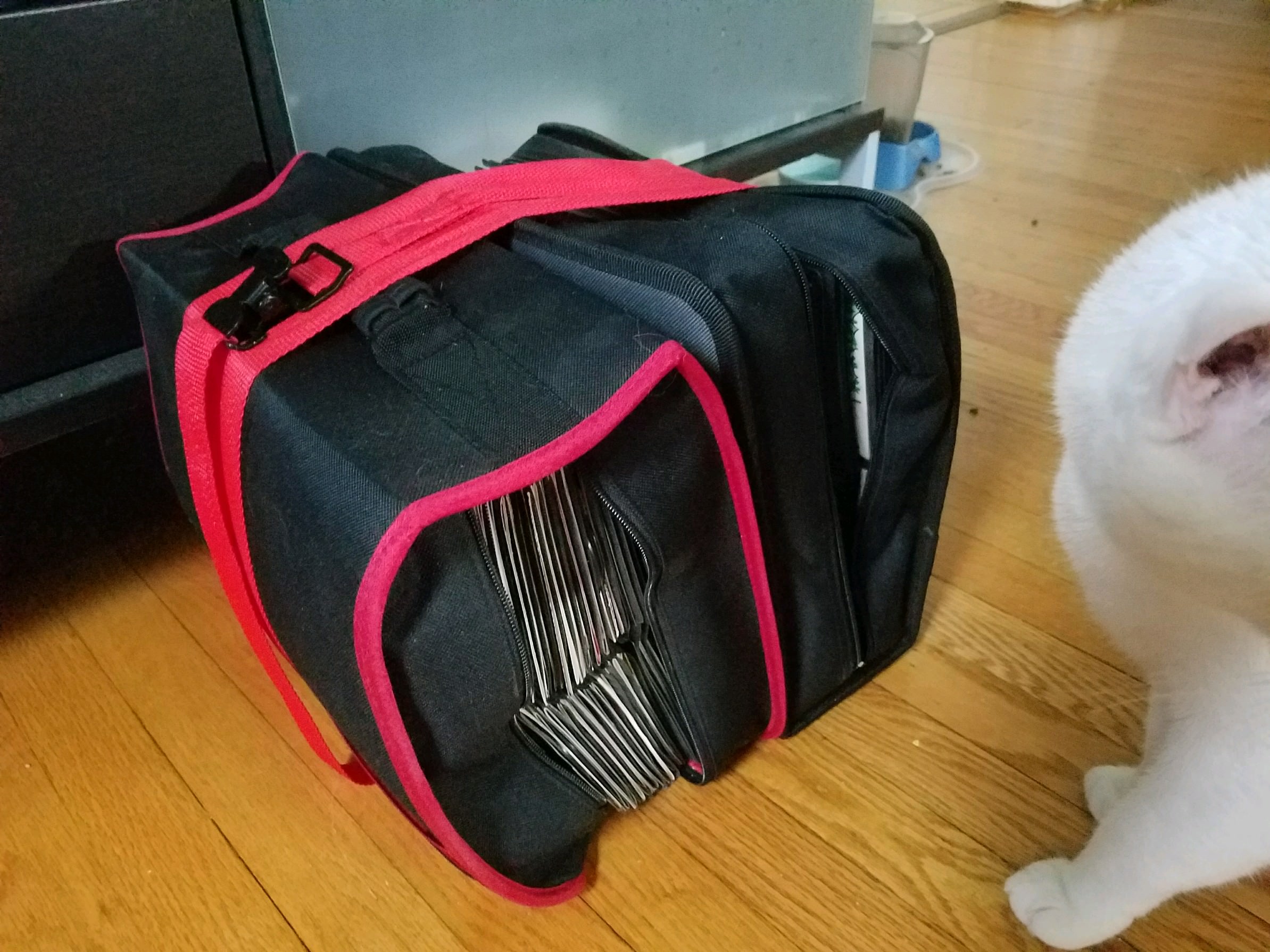 because the trump thread deserves a pulitzer

I’m not sure if I should be shame. I’ve never owned an album but I’ve always thought Vampire Weekend is pretty stellar.

MordorMongo said:
I like a lot of music that is considered popular. Not pop music but popular people and bands.

It’s popular for a reason! The underground is mostly a scam, my man. Moreso now than ever. Photo finish between barley wine traders and people who “Hate the radio” for most tedious streez

Is this a safe space for gloves off fun then? I didn’t get wrinkled when people went after my picks of said crazy shit about King Joel but man ppl got kinda uptight on me today no? Rip on my shot all you want, my body is ready.