The Endless Retro Gaming LIF aka I am keeping my Cask Cherry and I'm gonna break your Aaron, homie

KevSal is on the right track. Two off tanks were required, of which I was one.

rrryanc said:
Two off tanks were required, of which I was one.
Click to expand...

man I have no clue on the terms your using lol, but I been watching a bunch of boss fights last week, the one that sticks out as fun is one where you need 2 guys to control his legs or everyone gets hurt. of course I can't find that video any more

It's an amazing game. I haven't played in a couple of years - and it's basically cocaine in game form so I don't recommend starting now. But the whole thing is amazing. I still remember starting as a dwarf in 2004 and you start out in this snowy little valley, running around killing rabbits and shit. Then after a couple of levels, the NPCs send you off to Ironforge, which is a 5 min trek or something and the whole world opens up and you run up to this giant castle built into the mountain with like a million people running around, riding horses and rams and shit and gryphons constantly flying out. It was fucking magical.

Then you grind with a bunch of other people (5-10 for dungeons, 40 for raids which later dropped to 25 and 15 and other numbers) through an instance, having to coordinate schedules and skills and player strengths and gear and everything else that goes into managing a group of people and it basically was a second job. Which was fun when I was younger, but holy shit consumed a lot of time.
A

This is basically why i never picked it up. I knew i would get addicted and it would take over my life.

Still the best of the GTA series in my world.

It's a raid boss - no bosses from the raid have been guessed yet.

Rag was a lot of fun too. I ended up getting a Legendary off of him right at the end of vanilla. Much easier to get these days, but it was pretty sweet to run around with the Hand of Rag for a couple of expansions.
A

Assassins Creed 3. Never made it to the final boss. But this GIF is sweet. Beers secured last night. Box leaving Monday for rrryanc

I like how PHBoiler is just posting random boss gifs at this point.

Time for another hint: This boss had one of the, if not the most famous, catch phrase of WoW.
A

rrryanc said:
I like how PHBoiler is just posting random boss gifs at this point.

Time for another hint: This boss had one of the, if not the most famous, catch phrase of WoW.
Click to expand...

rrryanc said:
I like how PHBoiler is just posting random boss gifs at this point.

Time for another hint: This boss had one of the, if not the most famous, catch phrase of WoW.
Click to expand...

trick hint! we all know hwat the WOW catch phrase is!

KevSal said:
trick hint! we all know hwat the WOW catch phrase is!

Ya, meant catch phrase by a boss, guess I should clarify. Otherwise it's that or Southpark's

OK, gotta finish this before the site goes belly-up I guess...

This boss was in the first expansion, The Burning Crusade.
A 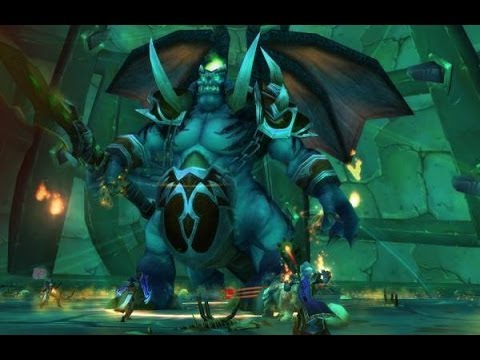 Getting closer, boss was in the Black Temple.