What Movies Have You Seen Recently?

Really dug this flick! The balance of his early life, and inner demons are all well represented. It had great style in the edits and cinematography, while remaining almost grounded. As a stand alone film, its a good example of good story telling and filmmaking.

Really dug this flick! The balance of his early life, and inner demons are all well represented. It had great style in the edits and cinematography, while remaining almost grounded. As a stand alone film, its a good example of good story telling and filmmaking.
Click to expand...

Interesting fact: the director was the same one that took over for Brian Singer when he had his temper tantrum and rage quit 'Bohemian Rhapsody' two weeks before the film was done.

I really enjoyed it as well. I thought Taron Egerton did an amazing job. I know people have been making fun of his singing compared to John (I mean, cmon, lol) but I really enjoyed the more musical-theater feel to the film as compared to the very bio-piccy Bohemian Rhapsody.
Last edited: Jun 6, 2019

Lutter said:
Interesting fact: the director was the same one that took over for Brian Singer when he had his temper tantrum and rage quit 'Bohemian Rhapsody' two weeks before the film was done.

I really enjoyed it as well. I thought Taron Egerton did an amazing job.
Click to expand...

Damn, I had no idea. Im usually on this type of stuff.

Yeah, it was great seeing Taron in this type of role.

I was pleasantly surprised by the newest over-CG'd, mass-destruction kaiju offering.

Even hating CGI I thought the monsters were outstanding, including my chonk Godzilla boy. The extra poundage does him good. They all looked genuinely textured and moved like actual animals even if the director obfuscates them a bit too much sometimes with weather/smoke/fire much like he did in Krampus. The filmmakers nailed every single monster reveal, and there are a lot of them, as if they are their own epic events. Very reminiscent of the old kaiju movies. Rodan's first ten minutes exemplified excellence in monster catastrophe blockbusters. I would watch that twenty minute sequence 100 times. Ghidorah was hit or miss with his three heads but his natural photogenic design set up a few ridiculously cool shots:

The movie's weakness was the same as every kaiju movie throughout history: human melodrama. Their story bogged down what could have been a fast paced royal rumble with unconvincing family dynamics and unearned redemption arcs. The story would follow a half hour long crescendo of monster violence with 20 minutes of boring exposition, completely killing the momentum. A cast including Kyle Chandler (Friday Night Lights), Vera Farmiga (Bates Motel), Millie Bobby Brown (Stranger Things), and Ken motherfucking Watanabe should not suck this much.

You won't hear this from me often:

lurchingbeast said:
You won't hear this from me often:

Yes! That's exactly how I felt throughout the whole thing. Give me more kaiju, I am not invested in any of these people.

Sure as hell glad I saw it in IMAX though. Excellent CG.

air said:
Sure as hell glad I saw it in IMAX though. Excellent CG.
Click to expand...

Oh yes. Forgot to mention this. If you can still see this in IMAX, Dolby, Ultrascreen, etc. DO IT. I was lucky to make it on the last night of Dolby at AMC and it was spectacular.

Reminder for those of us that focus on a movie's immediate financial success:

lurchingbeast said:
Reminder for those of us that focus on a movie's immediate financial success:

God I love that movie. 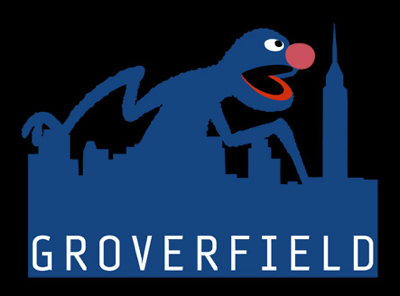 lurchingbeast said:
Reminder for those of us that focus on a movie's immediate financial success:

Halloween is brilliant, and his later stuff is so much fun, but this is easily my favorite Carpenter film.

Elton John purposefully walks into a counselling session. "You're gonna have to give him a moment, son. Elton John has to think about his entire life before he plays."

I'm not sure when the rest of Hollywood will get around to seeing Walk Hard but when they do, they'll be quite embarrassed. That biopic formula should have been killed off when Dewey Cox hit the screen in 2007.

The vaunted musical numbers are the high points of Rocketman, although a lot of times they lack smooth segue into and out of the story, especially early on. Director Dexter Fletcher (Eddie the Eagle and janitor on Bohemian Rhapsody) featured magical realism elements in these mini-music videos, giving Elton John's life the color it deserves but not often afforded to biopic subjects.

Taron Edgerton had Elton's look down and played the role both boldly but with a vulnerability he doesn't show very often. His voice is quite pedestrian, a big drawback for a movie that is very showtunesy. I never expect a film actor to be as good as the singer he's portraying but Edgerton is far below the acceptable standard for a musical lead. In fact, I can't think of anyone who had a standout musical performance. Bryce Dallas Howard being far too young to play his mom was an afterthought once you hear her dreadful English accent.

The story is unrelenting in presenting Elton's depression. A good hour of the film is dedicated to his spiraling and for awhile I think it forgets it's supposed to be a musical. There were a number of short scenes in this act that could have been cut; I have no idea what they were trying to portray with Elton's brief marriage for example. They did a good job with Elton and Bernie's friendship. The actor playing Bernie Taupin showed a lot of promise, I look forward to seeing him in more big roles. The rest of it had too much cliched rich guy self destruction and literal inner-child hugging to break out of the biopic hex.

lurchingbeast said:
That biopic formula should have been killed off when Dewey Cox hit the screen in 2007.
Click to expand...

One of the most important movies of the 21st century.

lurchingbeast said:
That biopic formula should have been killed off when Dewey Cox hit the screen in 2007.
Click to expand...

Wow, that's some bullshit. No oversight for a major studio restoration is frightening.

The cover too? BARF

Wow, that's some bullshit. No oversight for a major studio restoration is frightening.
Click to expand...

An impressive debut feature from French director Laure de Clermont-Tonnerre about a violent inmate who finds himself confronting his troubled nature when he is exposed to an unusual prison program involving the training of wild horses. It's not your typical gritty prison drama, though there are enough harrowing moments to remind you this isn't Club Med, instead demonstrating the lines between redemption and atonement, freedom and peace. The movie doesn't concern itself with too many plot points so it doesn't get bogged down in exposition as a result. Matthias Schoenhaerts does a great job with the quiet rage that often bubbles to the surface without his control, but Bruce Dern is the surprise heart of it all, playing the man who runs the training program. The Mustang was a real surprise.

A soulless failure of a genre film. Director Rupert Wyatt (Rise of the Planet of the Apes) with his cinematographer drop the ball on adding any kind of distinct aesthetic to a sci-fi film; a cardinal sin in my opinion. Completely void of style. Even the aliens are unimaginative and goofy, totally CGI'd. Neill Blomkamp would have had a field day with this work if he wasn't seemingly so concerned with using source material. Unfortunate, as at the heart of Captive State is the potential for a fun little heist movie taking place in the dystopian future, during an alien colonization of Earth. I say potential because we are given no reasons to care about the characters or their motivations. Big name actors John Goodman and Vera Farmiga are listless in their supporting roles, merely going through the motions for a payday. Such a waste.

I missed this buzzy Euro piece's pretty extensive run at the Music Box and I could never find subtitles for the torrent so I jumped at the first chance to rent it on Prime streaming. I can see why it's on a lot of people's short lists this year as it is a fresh take on classic themes and ideas. Part Casablanca, part Shakespearean love triangle, as a man of unknown origin assumes a dead man's identity and has to toil around France with a cast of refugees desperately seeking passage to the west before the approaching oppressive forces close in.

The cool trick director Christian Petzold pulls off is how timeless he makes this story of identity and advancing fascism, which is also the movie's most chilling aspect. Transit is adapted from a WWII novel of the same name and while certain things have been updated, it's not enough to necessarily feel 'modern'; the tyrannical police force rounding people up aren't in brown shirts but riot gear, there are modern cars but we see no cell phones, etc. The unplaceable nature of the story makes the rapid totalitarian escalation seem not as far in the past as we commonly view the Nazi scourge. We tend to treat historical things almost like fiction these days. Presenting Transit not as a window into some long by-gone era but rather a journey through the vaguely present has far more impact. It is fairly brilliant.

A breathtaking documentary chronicling the mission to the moon from launch day to splash down. Told entirely through NASA footage and communications, the lack of narration or interviews kept this rolling like the best feature films on the subject. Probably the best documentary on the space program I have ever seen. Hearing the Mission Control communications as the mission is happening keeps you on the edge of your seat for the most audacious moments, despite knowing what happens. The high-res digital scans of the launch and lunar touchdown in particular are gorgeous. I really regret not seeing this in IMAX. The perfect companion piece to First Man.

Finally got around to watching this dull, by-the-numbers stalker/thriller, the premise of which relies solely on the gimmick of the distiguished Isabelle Huppert as an over the top, obsessive villain. Beyond that there was very little to hold my attention. There are a ton of idiotic character choices turned plot devices and it never approaches scary or even interesting for that matter. Chloe Grace Moretz is a poor lead and it showed whenever she had dialogue with Huppert or even Maika Monroe (It Follows). It pays to have a big time agency behind you.
You must log in or register to reply here.
Share:
Facebook Twitter Reddit Pinterest Tumblr WhatsApp Email Link